It's that time again! We go backstage with DJ, Radio Presenter and Producer, Davey Ecko. He's also the mastermind behind; Wide Awake Club , Decadence, Heroes Of House, 1 Night Stand, Bassline Gathering, oh and he runs a vape shop too!

Davey has been running his ticketing though TheTicketSellers for many years and we thought it was time to catch up ahead of his Midlands Bassline Gathering - Boxing Day Special. 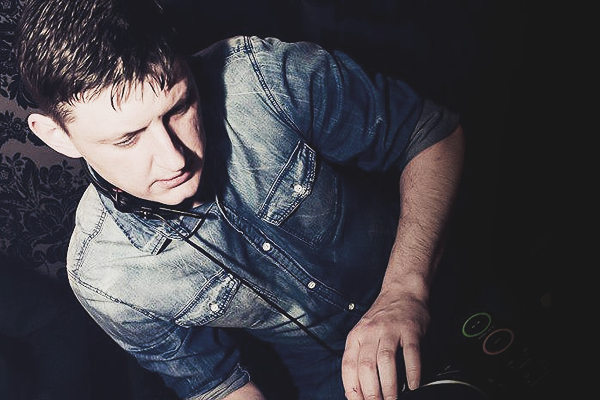 When did your event start and how has it grown?
It was an idea originally talked about in the later part of 2015, we wanted everyone in the Birmingham scene to come together and work on a big project, hence the term 'gathering' used in the event name. It's grown massively within its first year and while we expected the rave to be filled with 30+ year old adults it's been quite the opposite with a main age group of 18-25 filling the dancefloor, showing us that there's a lot of this music even after all these years.

When did you start putting on events?
I put my first ever event on 20 years ago, at The Steering Wheel on a Wednesday night.

What made you decide to be involved in putting on events?
I just wanted to go out and party all the time, I was out Thursdays, Fridays, Saturdays, Sundays and Tuesdays with the odd trip out on Wednesdays to Decadence at Bakers so it made sense to put something on myself - it was another night out.

How did you come up with the idea for your events?
Always with a passion for the music and wanting to do something different to what I'd seen previously.

What's your favourite event (not your own)?
Currently in Brum I'd say MADE, simply because of how large the event is and how many people it brings together. Overall from over the years, weekly Sundays at Sundissential at Pulse was the one that really stands out.

What was the first event you ever attended?
S.L.A.G at The Steering Wheel, it changed my life forever.

Which events have/do inspire you?
I have to mention S.L.A.G again here, it was always full of energy and brilliant characters such as Pat & Twiggy.

(Note from TTS: The club's ethos captured the tolerant mood of the time in club land, with straight and gay mixing harmoniously.)

If you could have anyone headline your event who would you choose (past or present)?
For Midlands Bassline Gathering, it would have to be the King of the decks - DJ EZ.

What is the craziest request you've had from an artist?
I don't think I'd be allowed to write that down on here without causing some major grief LOL

If you weren't putting on events, what would you be doing?
Running my vape shop, making music or just bumming out for a year or two.

What's your number 1 tip for enjoying your event?
Be prepared to RAVE, everyone's on a ‘mad for it’ vibe!

What are your 3 must have event promoter essentials?
These days: Facebook for sure, having the right team around you is also key to being successful, and keeping your feet on the ground at all times.

What's the best bit of tech you use at your event?
It's obviously TheTicketSellers app lol

(Note from TTS: our iphone app ‘Box Office’ allows promoters to view their doorlists, receive sales updates, and check customers into their events. Thanks for the shout out Davey!)

What makes your event stand out from all the rest?
We've brought people back out in the clubs, listening to a music that many have tried to smudge and blacken over the years.

Where would we find you at the peak time of your event?
In the front of the club making sure everything is running to plan.

Finally - Most memorable backstage story?
I struggle to remember anything past 11pm due to copious amounts of brandy that are forced upon me.

1st February 2017 It's that time of year, Festival lineups are coming thick and fast and Secret Garden Party…

As you probably know, we're at Festival Congress 2017 as the headline sponsor. Over the two days we're going…